Our Voices Will Be Heard 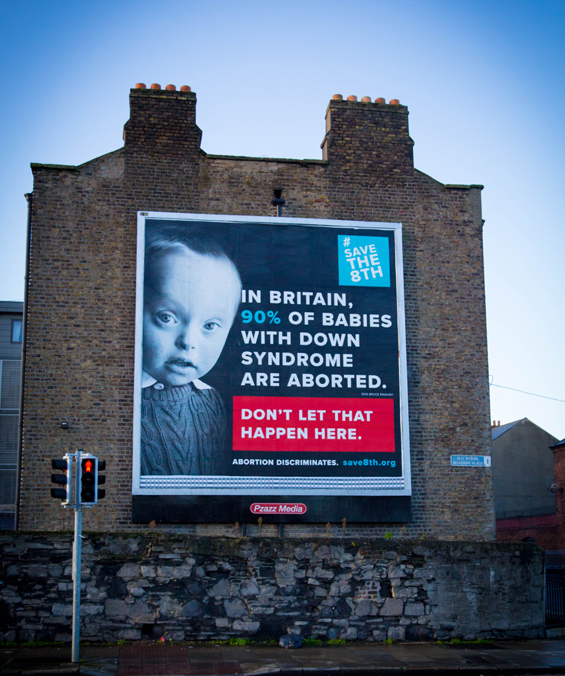 We write as parents of children with disabilities or as people living with a disability in response to recent coverage of the relevance of our voices and of the experience of our children’s communities to the abortion debate. We feel that there has been a concerted effort to silence our voices and to make our families invisible in this discussion.

It has felt as if our existence is inconvenient for some supporters of the abortion referendum, and that they would rather we went away and were quiet. We will not. It is a cold, hard, undeniable fact that when abortion is introduced, a disproportionate impact is suffered by those children diagnosed with some form of disability.

Already, the Rotunda Hospital in Dublin offers first trimester screening, which can test for Down syndrome as early as 9 or 10 weeks of gestation. As medicine advances, these tests will become more widely available and will likely be accurate earlier in pregnancy.

It should be noted that while the Oireachtas committee did not recommend disability as a ground for abortion, neither did it explicitly propose that it be banned. In fact, “risk to mental health of the mother” is recommended as a reason for abortion with no proposed gestational limit – right up to birth. In the UK, the vast majority of abortions are carried out for this reason. In other countries, such as Germany, babies diagnosed with Down syndrome are aborted at a rate in excess 90% on grounds of mental health risk to the mother. It is our opinion that abortion campaigners are well aware of this reality.

We will include our children in our efforts on this debate because we want people to see our children for what they are – wonderful people whose right to life is protected here in Ireland because of the 8th amendment. In other countries legalising abortion has led to a very different story.

90% of children diagnosed with Down syndrome prenatally are now aborted before birth in Britain. 98% of preborn children diagnosed with the same condition are aborted in Denmark. It seems that the media and abortion campaigners want the public to be upset about any pro-life initiatives which highlight these facts, but they never express any upset at all that most children identified with Down syndrome in the womb simply never get to be born at all.

The inescapable truth is that we are facing the eradication of people with Down syndrome and other conditions. Research shows that 64% of babies diagnosed with spina bifida are aborted in other jurisdictions, while abortion rates for babies prenatally diagnosed with cystic fibrosis can also reach 90% according to some studies.

The referendum we are being asked to vote on strips away the rights of all children, but it will have a particular impact on our communities. We respect the voices of all of those involved in this debate, but we will not be silent about our concerns simply because they appear to be politically inconvenient for some.

We ask any journalist to meet with us to understand our concerns and to see why we, and our children, refuse to be invisible in this debate concerning the most basic right of all for people with disabilities, the right to life.