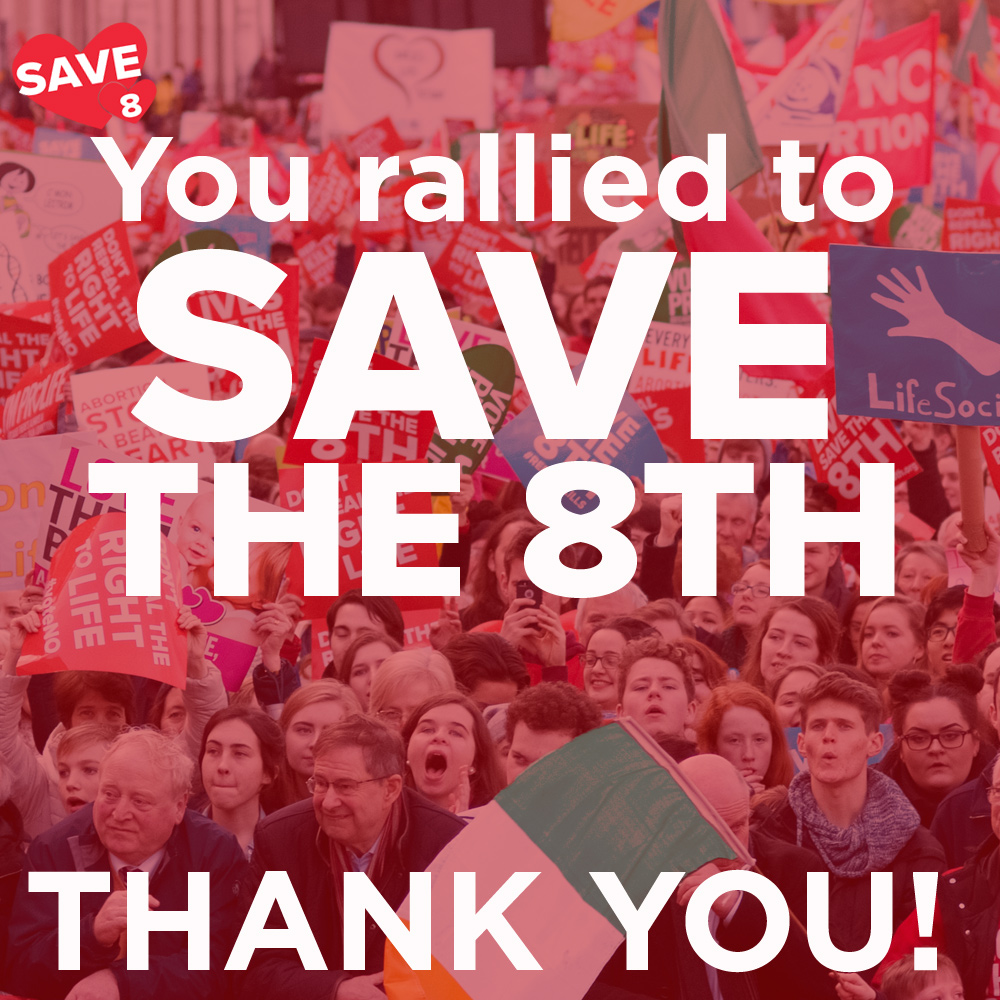 Save the 8th has said that the campaign is “overwhelmed” by the attendance at the SAVE 8 Rally in Dublin, which saw up to 100,000 people take to the streets to reject the Government’s plan for a UK-style abortion regime in Ireland. The rally heard from a range of speakers from diverse backgrounds, including doctors, mothers, people with disabilities, and political figures.

Dr Judy Ceannt, a relative of 1916 leader Eamonn Ceannt, was amongst a host of speakers to address huge crowds in Parnell Square.   Dr Ceannt, a GP, told the Rally that the government wants to repeal the 8th so that they can request that GPs provide abortion on demand for the first three months of an unborn baby’s life. 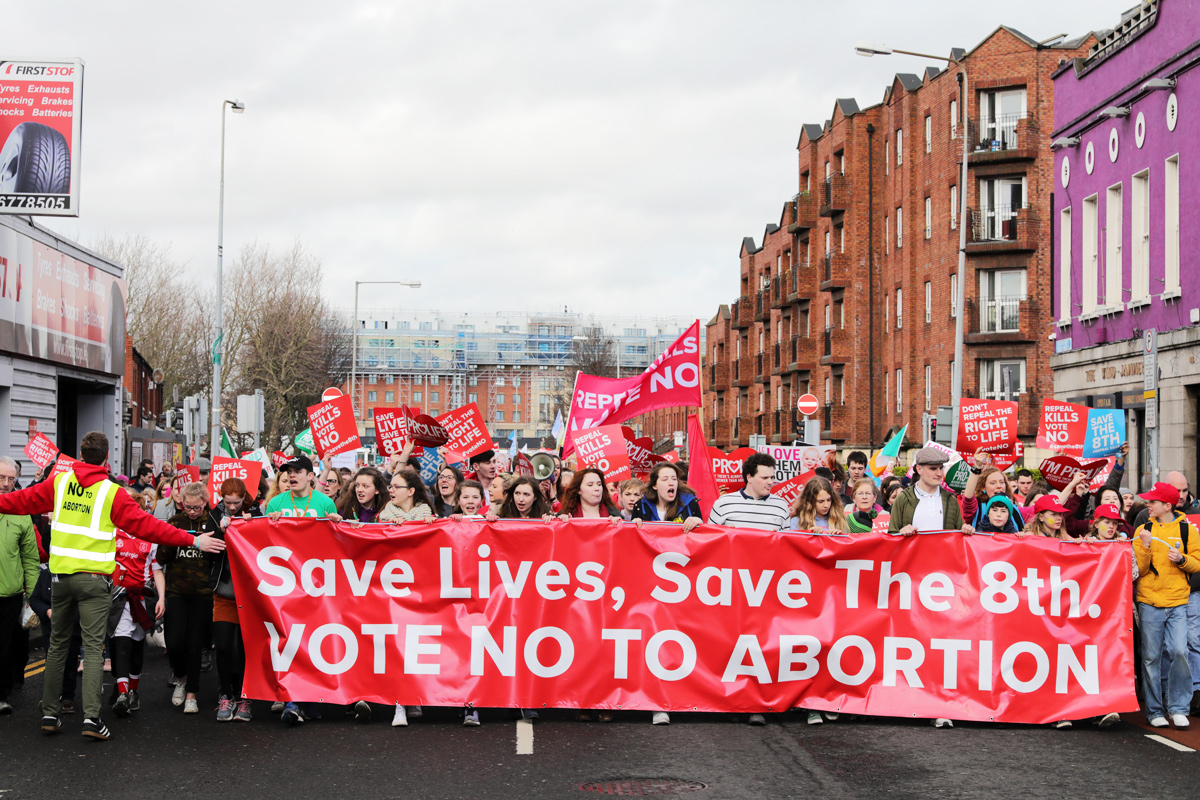 “They have not even consulted us doctors. The basic law that governs our actions as doctors is first do no harm. We are not meant to intentionally kill or harm any patient, least of all the most helpless, the unborn baby.  The government has no right to impose this on us,” Dr Ceannt said.

Another doctor, Maire Neasta Nic Gearailt, presented the crowd with a €100 voucher for Specsavers, which she said would be sent to Senator Catherine Noone, after the Oireachtas Committee chairwoman said she “could not find” any pro-8th amendment doctors.

Also speaking at the Rally was Charlie Fien, a Down syndrome activist who recently gave an impassioned plea to the United Nations in March 2017 where she spoke out against the targeted killing of children diagnosed with Down syndrome before birth.

“I am not suffering,” Ms. Fien told the UN body in Geneva. “I am not ill. None of my friends who have Down’s syndrome are suffering either. We live happy lives.”

Speaking on behalf of Save the 8th Niamh Uí Bhriain said ”For the next 11 weeks our message will be focused on ensuring that the Irish people vote no to this extreme abortion referendum. One of the heartbreaking facts we seen emerging from Britain is that 90% of babies with Down syndrome are aborted before birth and Charlie Fien’s call to protect babies with a disability is hugely important at this time.”

The Rally also heard a strong pro-life feminist message, with speaker Destiny Herndon-De La Rosa urging marchers to demand a better answer than abortion for women. “Abortion is the ultimate exploitation of women, and is a symptom of women’s oppression. Ireland should lead the way by saving the 8th,” she said.

In a rousing speech, Businessman Declan Ganley told the rally that the coming 12 weeks would be “a battle between the people and the powerful – with the political elites and the taxpayer funded lobby groups on one side, and the ordinary people on the other. For three or four years there has been a relentless drumbeat for abortion from the media and people in cushy taxpayer funded lobby groups. Today marks the beginning of a rebellion against that. We value women. We value unborn children. We value our human rights and we will not stand by and see abortion up until birth legalised in our names”

Mattie McGrath TD warned the crowd about the dangers of the UK abortion industry arriving into Ireland after the Government’s bill was enacted, saying that “the government is trying to fool the people into thinking there won’t be abortion clinics. But the doctors don’t want to do it. The abortion clinics will be here. They’ll be in your local town, and they’ll be out looking for business. To them, every pregnant woman is a potential customer”.

Bernie Smyth from Precious Life in Northern Ireland told the crowd that they could expect 12 weeks of hard work, but that it had to be done. “The people who will win this referendum are not the people here on stage”, she said, “but the people standing in front of me today. Get out there, knock on doors, have those conversations, change those minds one at a time. We’re going to win, and we’re going to win together, as one”. 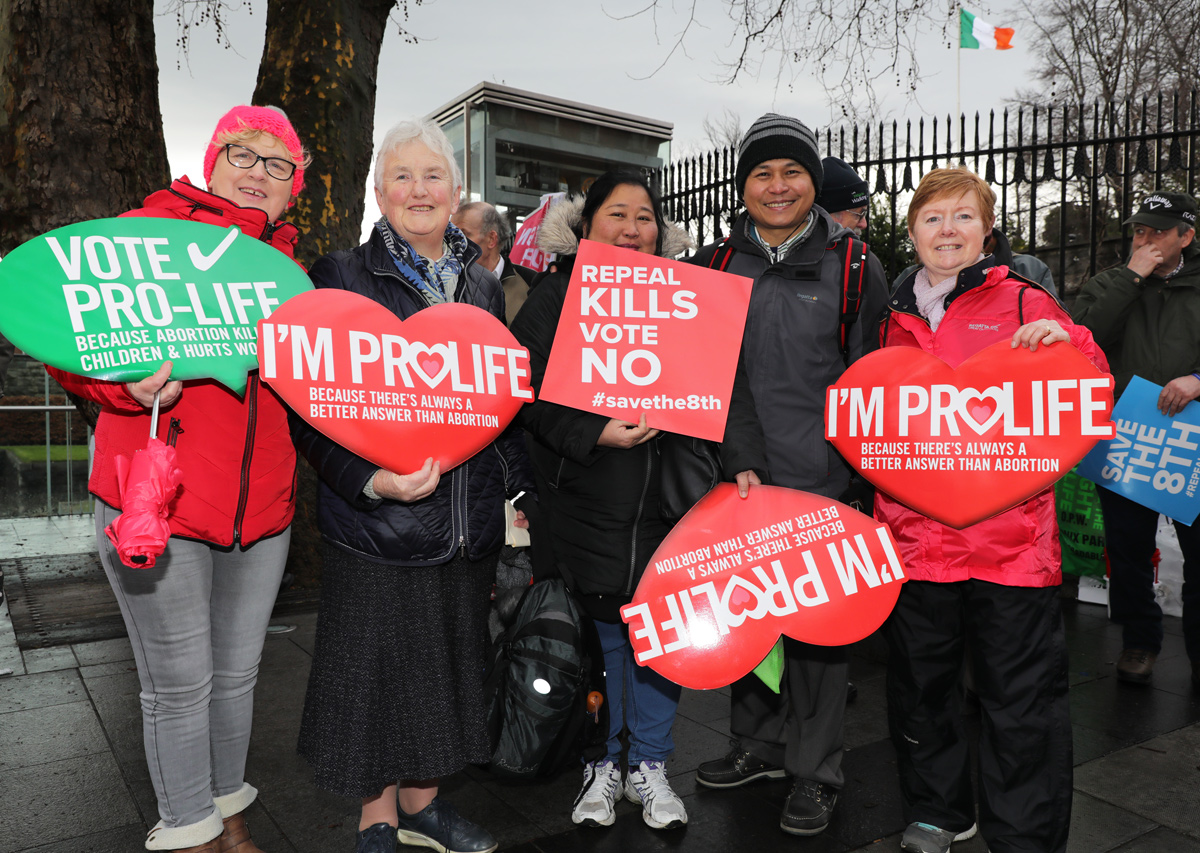 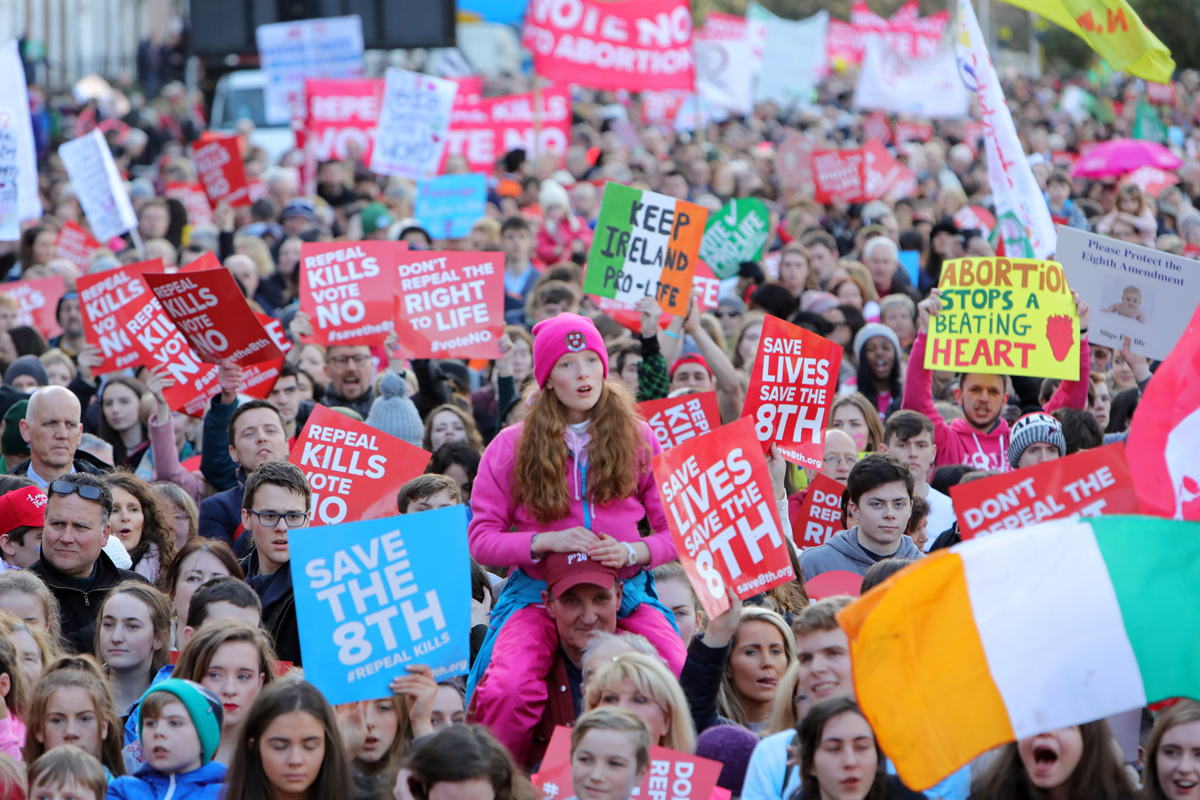 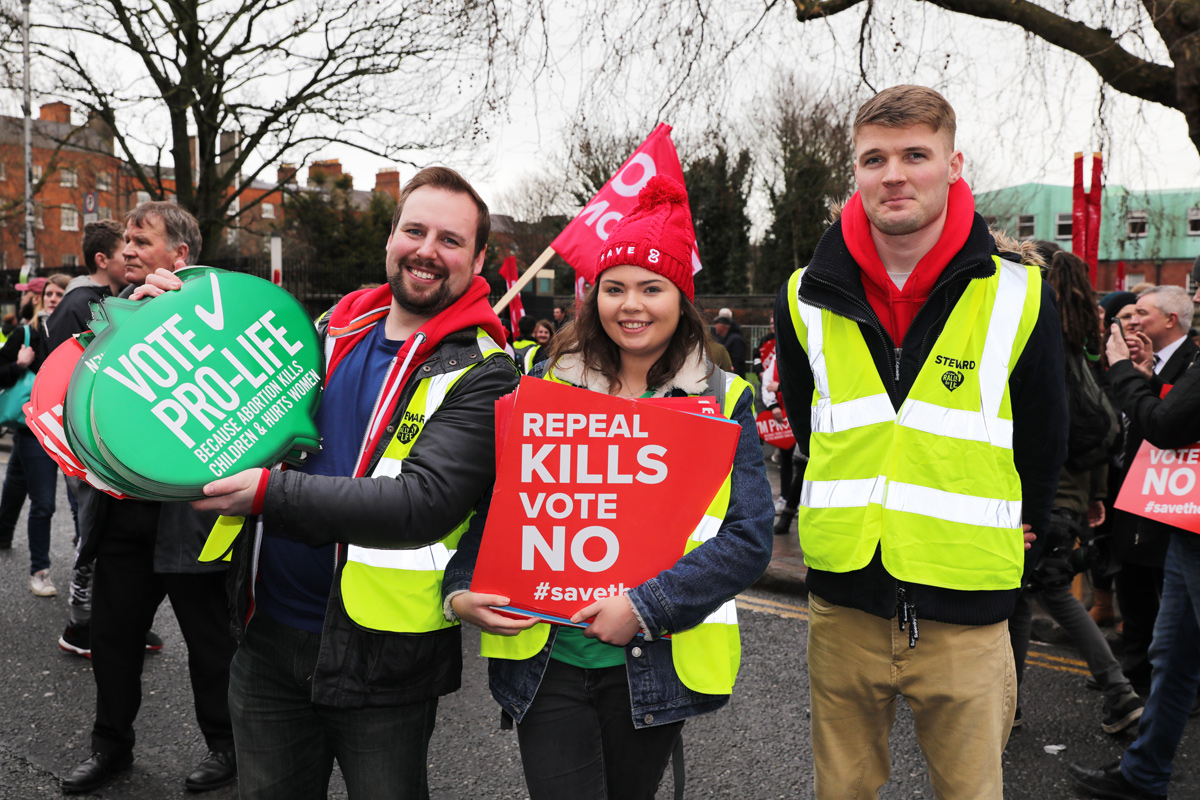 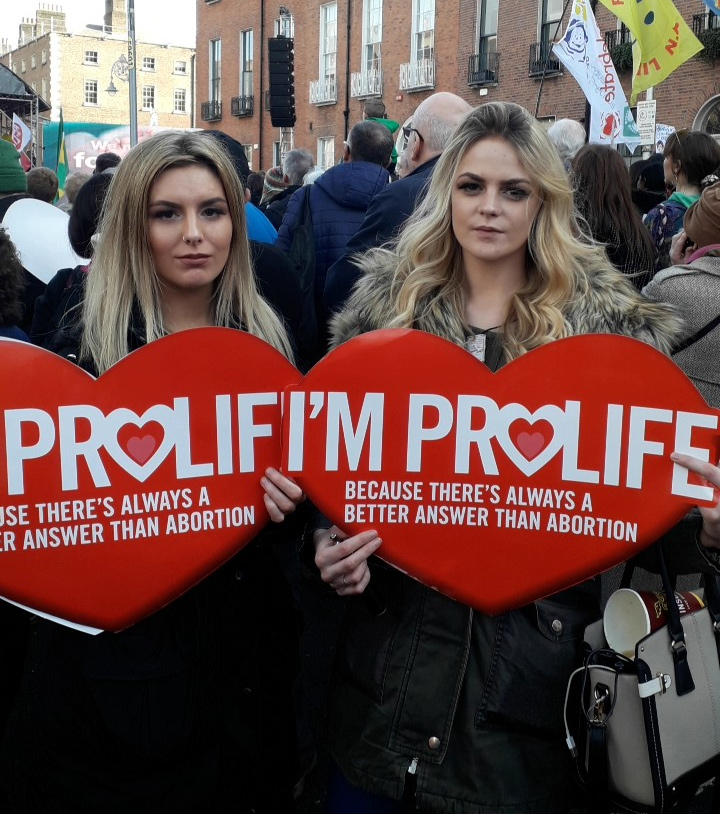 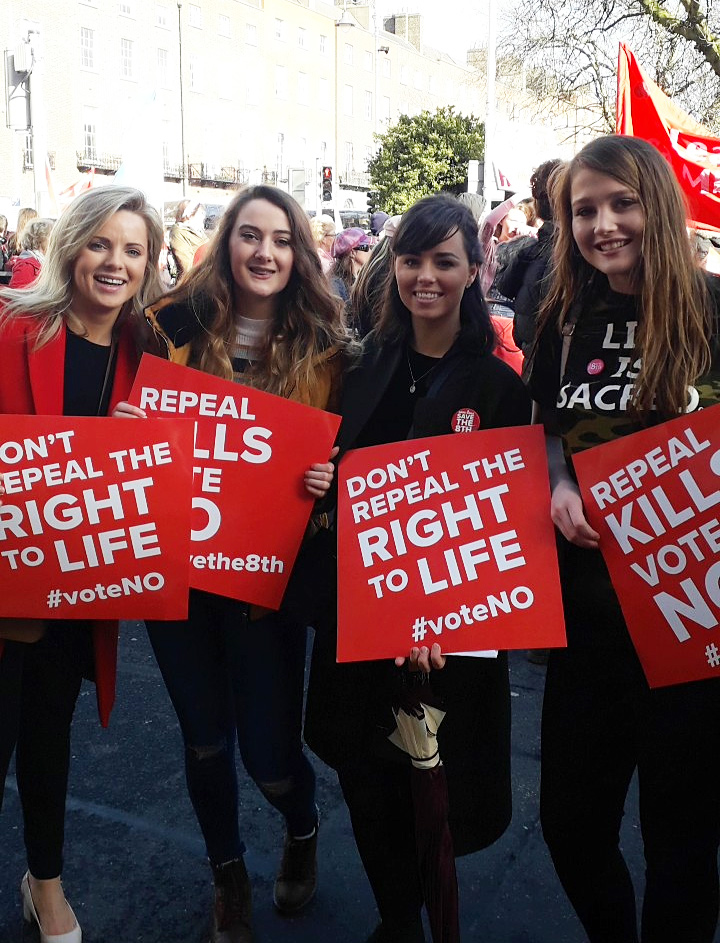 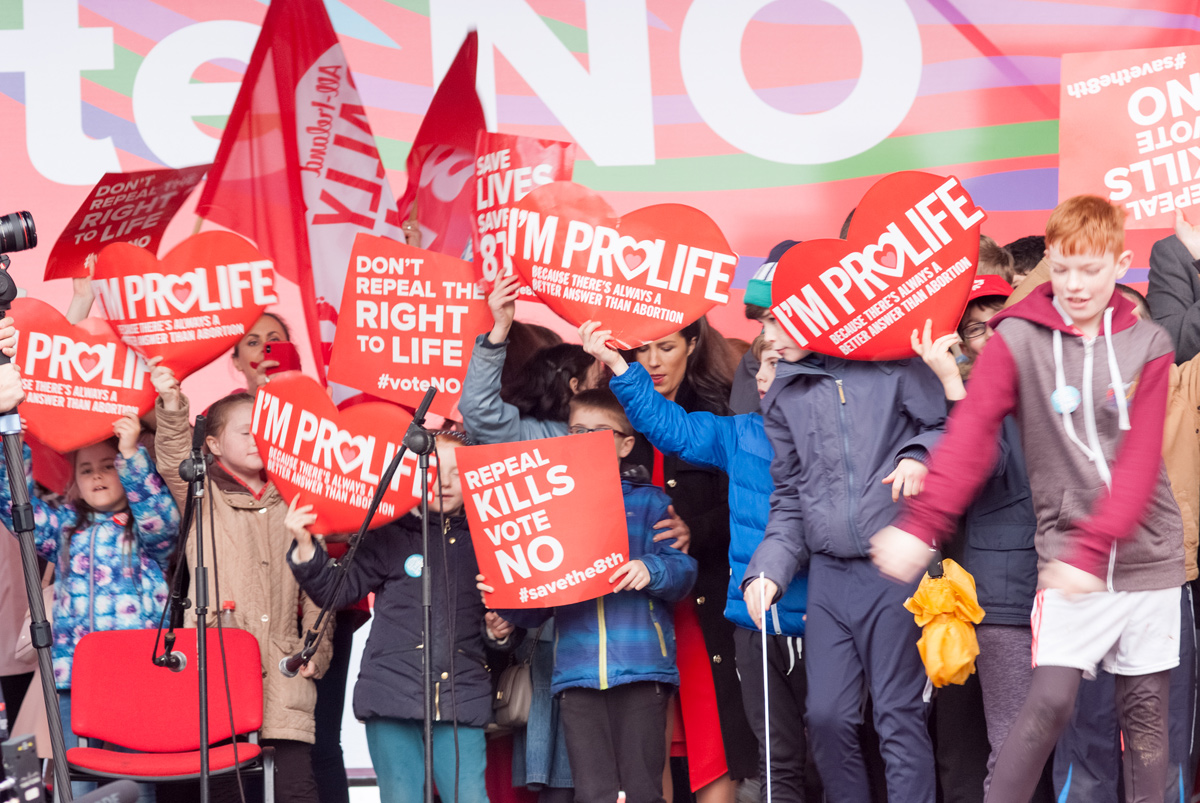 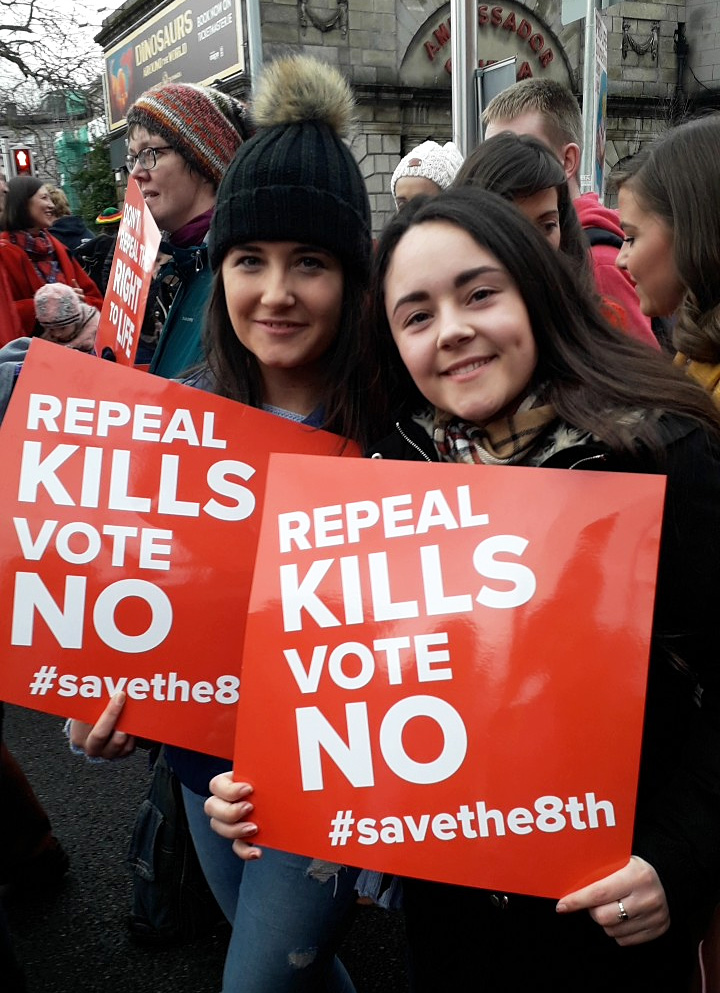 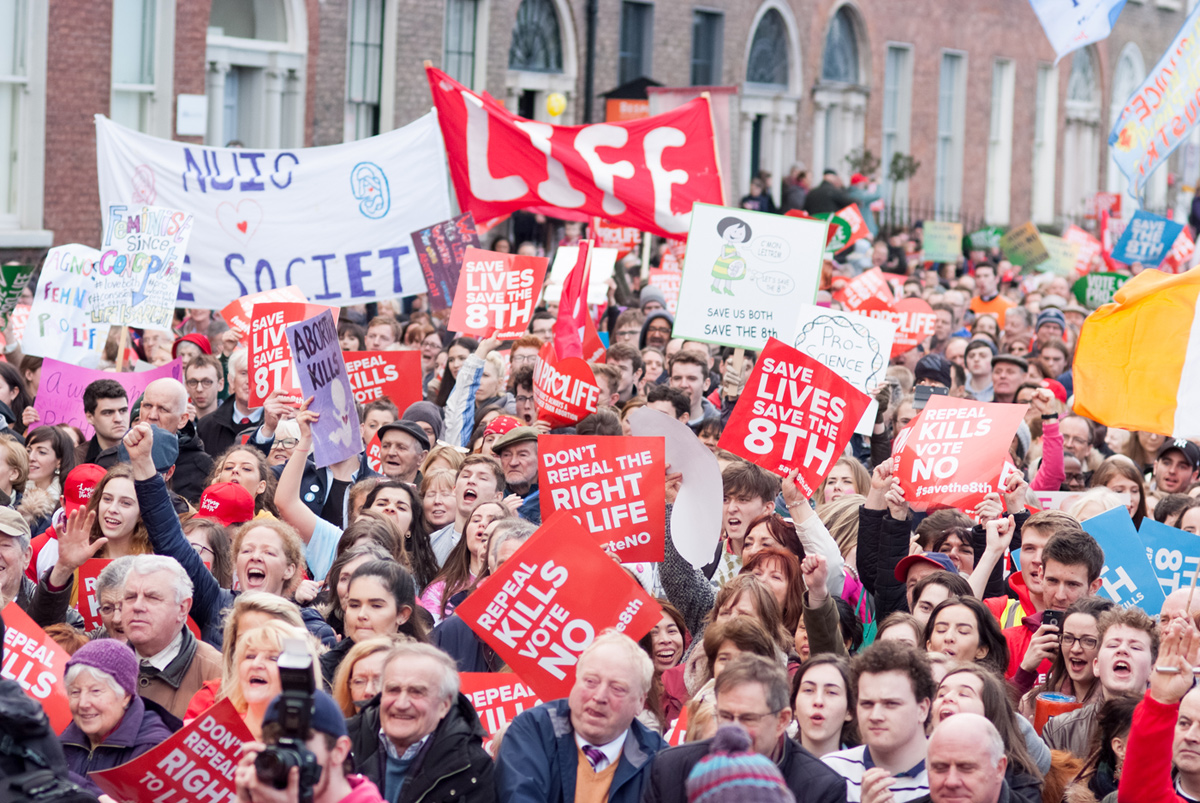 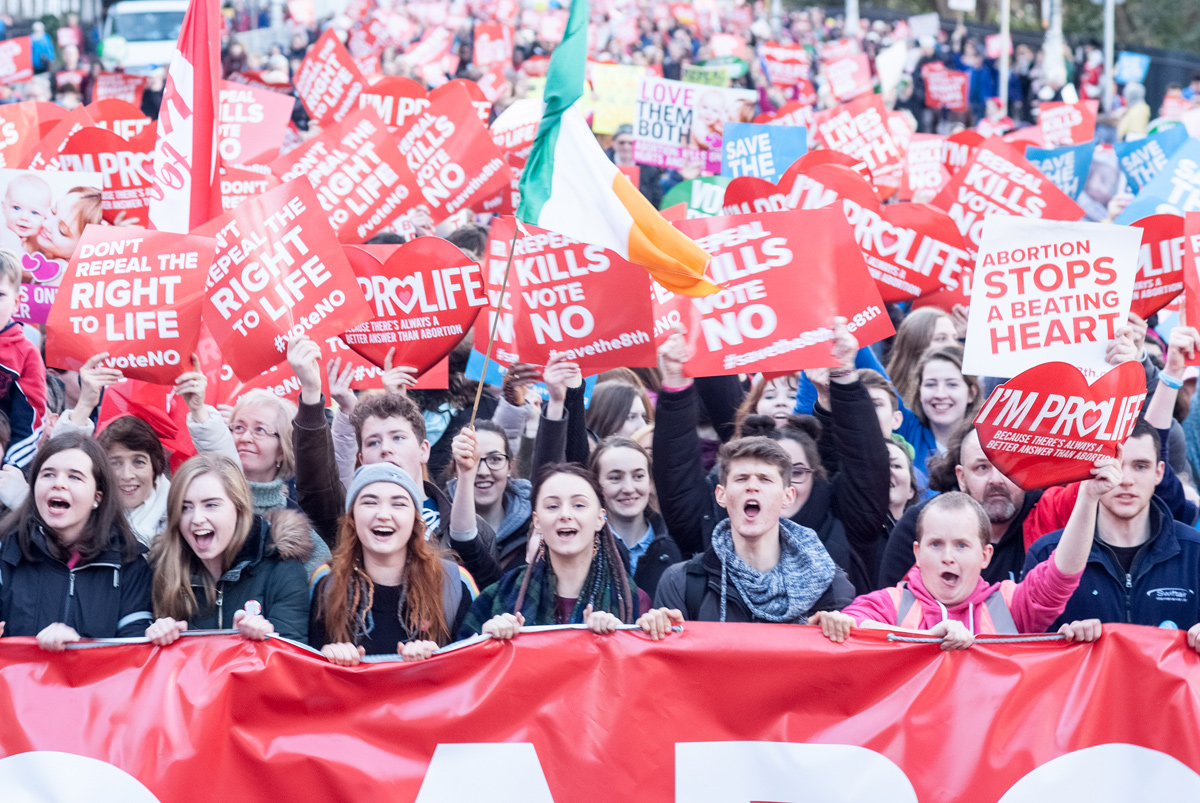 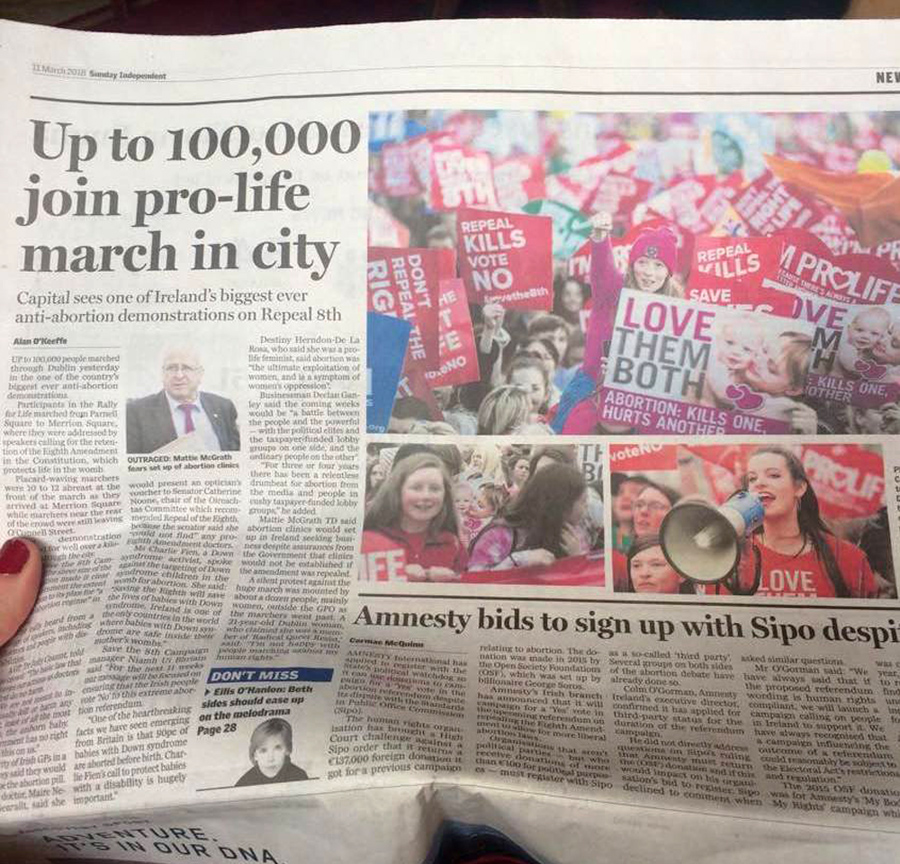 SEE PRESS for SAVE 8 Rally